This was a bitter, year-long dispute, pitting Arthur Scargill’s National Union of Mineworkers against the Conservative government led by Margaret Thatcher. Ostensibly a dispute over the closing of uneconomic mines, in reality far more was at stake. This was the rule of the mob against the rule of law; militant trade unionism against the primacy of democracy. The government had been elected by a huge majority only a few months previously; in contrast the Union which tried to overcome it had not even balloted its own members to seek a mandate for its action. 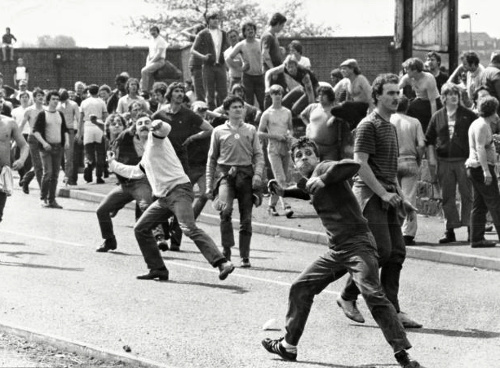 The union barons had grown accustomed to wielding the power of veto over the democratic franchise, bringing down government after government by inflicting power cuts and industrial disruption until the electors had had enough.

A year later, we had won, and the political landscape was transformed. The hard left unions had been neutered. Their corrosive capacity to disrupt British industry and send jobs abroad, as they had done to such devastating effect in the ’60s and ’70s, was greatly diminished. And they had forever lost their power to superimpose their own hard left agenda over the people’s choice of government.

Spare a thought today for David Wilkie, a Welsh taxi driver killed by striking miners for taking one of their colleagues to work.