I felt slightly violated when I first read about, and saw still images from a new science-fiction TV programme called The Orville. It looked unbelievably derivative of The Next Generation-era Star Trek.

Then a couple of days ago I read a positive review of it, and I discovered that I have the first episode free with Amazon Prime. So I watched it, last night.

I was right. It is blatantly a Star Trek rip off – so much so though that I realised that this was actually the whole point. It’s an homage.

In this first episode I noticed, for example: a holodeck. A “starship” explicitly referred to as such. A shuttle craft. The starships have warp drive, and although it’s called “quantum drive”, they do the same flash of light BOOM! when the ship goes to warp. 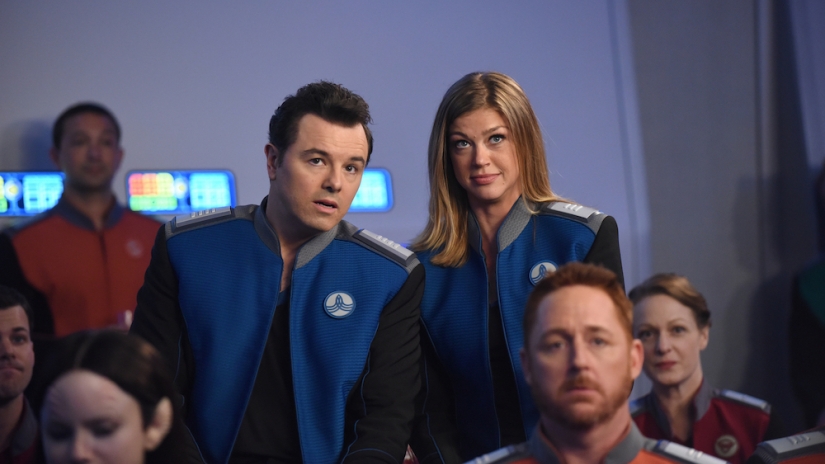 The layout of the ship’s bridge is pretty much the same as any Federation vessel, with two helm officers sitting in front of the Captain’s chair, and a view-screen in front of them. The doors hiss open in exactly the same way. The overall styling is also very reminiscent of TNG and Voyager, especially in the clothing and decor.

The CGI is entirely adequate. It’s about the same standard as Star Trek: Voyager, which considering that series is over 20 years old now is not saying a lot. But it’s definitely good enough. Perhaps I’m misremembering that anyway.

Some of the characters seem a bit thin or even pointless so far, particularly the conniving First Lady from the first couple of series of 24 (Penny Johnson Jerald) – who’s a physician in this one. But perhaps they’ll be fleshed out.

It doesn’t have any of the tradition and gravitas of course of the Star Trek franchise, but the approach is different. They’re doing something different here. It’s played for laughs. It’s pretty much a comedy, to the point where the story is more or less a vehicle for the gags. It reminded me of the old Star Trek spoof movie with Sigourney Weaver and Alan Rickman, Galaxy Quest.

What I’ve seen so far (trailers mainly) of the new, official franchise TV series Star Trek: Discovery does not appeal to me very much so far. It looks rather dark. It doesn’t really seem to have the spirit of any of the old Star Trek TV series.

And neither, for different reasons, does The Orville. But it does at least seem to be a lot more fun. I really liked the first episode and will be giving the rest of the first series a go.

UPDATE: I watched the second episode, and hugely enjoyed it. I love what they’ve done with the Star Trek idea in this series. It doesn’t have the drama, or the emotion, or – if it’s not too grandiose a way to put it – the philosophy of the decades-old franchise on which it is based. But it does have wit, charm and humour in abundance. And it’s done with great affection.

I was relieved and pleased to see Theresa May’s “Chequers plan” – effectively an instrument of surrender to the EU – being shot down in flames by the resignations of Messrs Davis, Johnson and others. This was an attempt to fashion a Brexit in name only, not the exit from the EU that the British people have every right to expect.

Even Peter Mandelson has accepted that leaving the EU with no deal at all would be preferable to May’s humiliating betrayal of the people she was elected to serve. 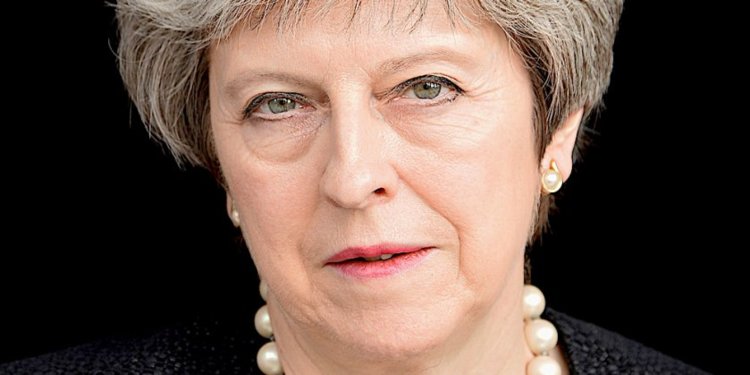 And yet – I do believe that she could and would have delivered an honourable and clean Brexit if she hadn’t been undermined and frustrated by those in her parliamentary party – even in her own cabinet – who wish to deny the people the choice they made in what was the biggest vote in this country’s history, for anything.

It’s clear now that she has approached Brexit as a damage limitation exercise rather than an opportunity. In other words she has utterly missed the point and the spirit of the people’s historic choice to shape their own destiny.

It’s an extraordinary time in the UK political scene. The spectrum of opinion on the EU and our relation to it seems to cut across the usual left-right spectrum at an awkward angle, defying party lines and making it impossible for either of the main parties to capitalise on it. This has made British politics volatile and unpredictable.

For me the great worry is the potential for the Labour Party, in its present backward, fanatical and extremist form, to take advantage of the current state of chaos. We could find ourselves under the jackboot of a government led by a man who loathes his own country and everything it stands for; a blinkered fanatic who believes in the political homeopathy of socialism, in charge of a hard left administration that might set the clock back 50 years and cause widespread misery – not for the few who could afford to ride out the storm, but for the many.

To undo their damage would be the work of decades. Meanwhile, you could well find yourself going on a waiting list with the state communications monopoly for the privilege of having a new telephone, in a few years time (you wouldn’t own it, by the way – your equipment would belong to the state like it did in the ’70s, and so would you).

The key to the Brexit / Remain conundrum is to remember that the matter has been settled. It was put to a referendum two years ago, and the case for independence and self-determination was won. A solution to the present chaos is not to be found on the wrong side of history.

It will not be found by pandering to the losing side of the defining political argument of our time.

I don’t read books often, but downloaded a novel by the British author Elleston Trevor to my Kindle just before going on holiday to Cornwall, and I finished it in about a week.

The Tango Briefing is one of 19 novels written by Trevor under the nom-de-plume Adam Hall, about an enigmatic British secret service ‘executive’ (agent) named Quiller. Trevor also wrote The Flight Of The Phoenix, which became a famous James Stewart film 50-odd years ago and was remade in 2004. Some readers may also be familiar with a 1966 film, The Quiller Memorandum, with George Segal as the eponymous super-spy.

I particularly wanted to read Tango Briefing because a Quiller TV series was broadcast by the BBC in 1975. It has never been repeated, and the only episode I can remember was based on this book. 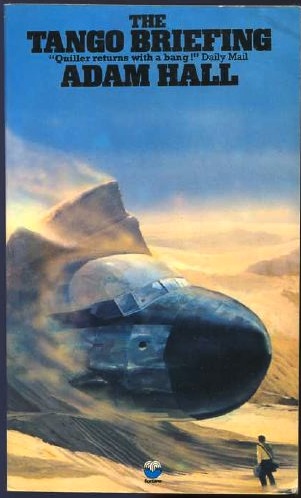 This one was written in 1973 and doesn’t have the usual cold war theme. Instead, Quiller has to find a freighter plane with a mysterious, sensitive and top-secret cargo that’s come down in the Sahara, before various Arab government and security agencies can find it.

I found it a frustrating, occasionally irritating but ultimately rewarding read. It’s a cracking story, told in the first person – but bloody hell, he takes his time telling it – in a long-winded, rambling stream-of-consciousness style, sometimes taking in plot aspects that contribute nothing ultimately to the story.

He also has this little trick of taking you by surprise by casually referring to something you haven’t quite found out about yet, for dramatic effect – “it occurred to me, in one of those stray thoughts that pass through our minds at unlikely moments, that it wasn’t a very easy death I was giving him” – Er, what? Oh, right! Even though he’s got you under armed guard, you’re about to kill him!

And it gets a bit wearing after a while.

I honestly think you could improve the book by judiciously removing about 40% of it. It does need an edit. But it won’t get one, and it’s worth a few hours of your time anyway if you’re into this sort of thing.

Actually while writing this it’s just occurred to me, in one of those stray thoughts that pass through our minds at unlikely moments, that I said much the same thing about the 1968 film Countdown when I wrote about it a few months ago. Maybe it’s my attention span.