I was idling around the shops in Newcastle City Centre, as was my occasional wont at the time, on the afternoon of 9th of April 1988, thirty years ago today. I’m sure it was this date, because it was a Saturday, and Grand National day.

I went into a greetings card shop, near Grey’s Monument – perhaps thinking of my brother’s birthday later that month, though I can’t actually remember. Half a minute later I looked up from the rack of cards through which I had started to browse and noticed, perhaps ten feet in front of me, the unmistakable figure of Paddy McAloon, the singer and songwriter of Prefab Sprout, one of the greatest and most critically acclaimed British bands of the 1980s. I was a huge fan.

That he had caught my attention had not gone unnoticed, and he met my eyes with what may have been a look of slight concern.

“PADDY MCALOON!” I blurted, hopefully not too loudly, but possibly unnecessarily. After all I knew who he was, and so did he. 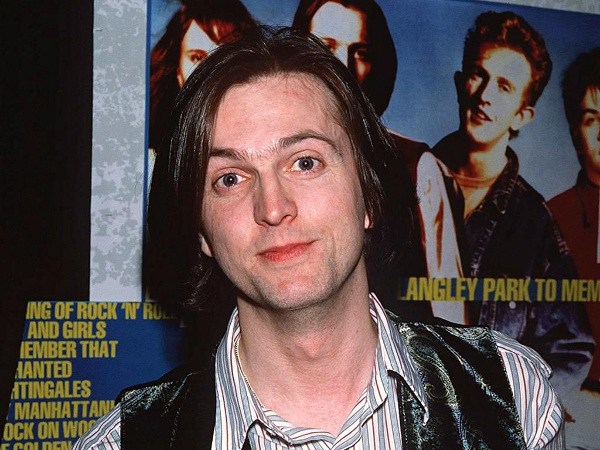 He raised a fingertip to his lips and gave a dramatic “SHHHH!“. This was quick-witted comedy gold, because there were only two of us in the shop at the time, save a middle-aged woman at the till.

I strode over and struck up a conversation. I think I started by telling Paddy how much I liked From Langley Park To Memphis, his band’s latest album, released less than a month earlier. He told me that he’d just been in JG Windows, a nearby music shop, where he’d seen two girls buying a copy of it. He’d strolled over to say “that’s a nice record!” to them, but they had stared back blankly. Perhaps my own enthusiasm to chat to him made up for his lack of recognition a few minutes earlier. I like to think so.

I asked about Protest Songs, an album which had been due to be released years earlier but of which there was as yet no sign. He was endearingly apologetic about this, and said that it would be released eventually – as indeed, of course, it was. I told him that I very much enjoyed Tiffany’s, one of its more memorable songs. “Oh, you’ve got that, have you?” he replied, perhaps slightly suspiciously. I had recorded it from a BBC broadcast some months earlier.

After a couple of minutes, I thanked him for taking the time to chat, and left. He was very friendly and pleasant. In fact, I found him charming, articulate, urbane.