It’s been a long time since I updated this blog. There are quite a few things I could have written about since the last time I wrote here. The dying gasps of the Labour Party, long overdue, for example. Or I could have authored a few pithy comments about Brexit perhaps, and especially the many attempts by elements of the liberal establishment since the referendum last June to defy or obstruct the people’s will.

I cycled 5776 miles last year, an accomplishment I was rather proud of. I should surely have typed a few words to recognise that achievement.

But what finally brought me back here is the following dismal piece of news: nine of the top ten entries in the current singles chart are Ed Sheeran records.

I cannot imagine a more damning indictment of the vapid state of popular music than that. (Well OK, I can. All ten of them could be Ed Sheeran records).

Of course, I’m not exactly part of Ed’s target demographic, I accept that. When my parents were my age, they probably loathed the music of my generation. They didn’t understand it. It was too edgy, original, visceral. It had moved on from the norms with which they were familiar. 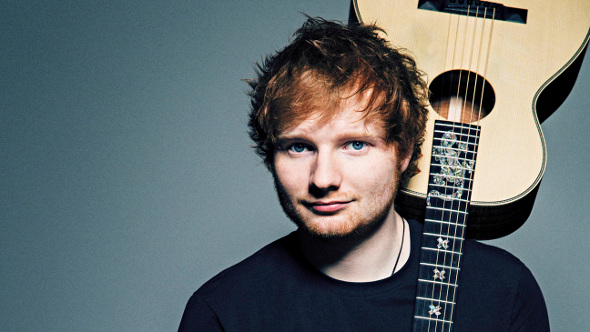 But that’s not why I despise the “music” of Ed Sheeran. There’s nothing difficult to understand about it; nothing new or alienating or raw or challenging. No, I loathe it for the opposite reasons – it’s utterly anodyne, bland, safe. Trite to the point of self-parody. So banal as to be completely pointless in any artistic sense. The term “wallpaper music” actually flatters it. It’s not really music at all, just an insipid, vacuous, waste of time.

Kids these days have amazing stuff that I certainly didn’t at their age – portable phones with the processing power of 1980s mainframe computers with access to thousands of online services, hundreds of TV channels, social media, video games with eye-popping visuals.  But we had our own music, and they don’t. Not of any significant worth, anyway.

Ed, if you should by some unlikely twist of fate come to read this blog entry – I promise you, your guitar has more than four chords. See if you can find another couple.