As nearly all readers will surely be aware, the BBC has decided, in its rather finite wisdom, to cast Jodie Whittaker as the Doctor in its long-running and highly popular science fiction show Doctor Who.

I must say I’m dismayed by this. It’s not that a woman can’t be a lead in an established TV series, or that a woman can’t be a Time Lord. Or Time Lady if you like. It’s just that this particular Time Lord has been established as a male character for 55 years. There is supposed to be a certain continuity of personality and identity. It’s supposed to be the same Doctor, in a different appearance.

My view is that a sudden change of gender rather undermines that. 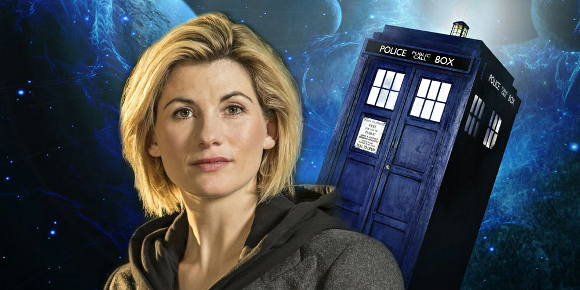 Furthermore it actually introduces a sexist element that wasn’t previously present. Why, when we now know that The Doctor can change gender in a regeneration, did he regenerate as a man no less than 11 times in a row (12 if you count the War Doctor)?

And isn’t it a bit weird that someone who has lived 900+ years as a male now has a vagina and a pair of breasts to play with?

You’ll find though, that if you raise these objections on social media or other public fora, you’re in danger of exposing yourself as a chauvinist of the worst kind, or a misogynist.

There’s a word that’s sometimes used to describe persons suffering from a particular, indiscriminate, unthinking brand of liberalism; libtard of course. I’m not fond of it myself as I find it a touch crude and inelegant, but it does describe these people quite concisely, these irrational, shallow, juvenile people who think in black and white, look for racism and sexism wherever they can invent it and value virtue-signalling above all else. I must say the BBC’s politically correct Doctor Who initiative has brought the libtards out of the woodwork like no other issue I can remember.

And if they could manage a moment’s rational thought or consistency, these people might see that the BBC discarding a character’s maleness as an unimportant and disposable part of their identity is actually rather misandrist.