My main camera, albeit I will admit to using a compact more frequently, is a Pentax K100D Super digital SLR. However I saw a near-mint second-hand Nikon D70 body for sale recently at the very reasonable price of £80, and since I own a useful and completely compatible Nikon autofocus zoom lens that’s a hangover from a film SLR I had years ago, I took the plunge and now have a backup camera.

They are similar cameras in some respects – consumer level cameras offered at roughly the same price point when new and with the same resolution sensor (3008×2000). The Pentax is a more modern design by two or three years and I’d have to say that it shows in some respects – it has a more compact body and a larger LCD display, and in addition it has shake reduction and automatic sensor cleaning, neither of which the Nikon has. The Pentax is also able to take AA rechargeable batteries that can be purchased in any supermarket, and maintained with a generic charger. The Nikon has its own proprietary rechargeable power unit with a special charger. Less importantly the Pentax takes SD cards, which I prefer. The Nikon uses the older Compact Flash media.

However the D70 was a well-regarded camera in its day, so I thought a side-by-side test might be in order, to evaluate its suitability as a backup in combination with my old Nikkor 28-70 f/3.5-4.5 zoom, which is the only lens it’s ever likely to be used with.

Now admittedly, this is not a particularly meaningful comparison in some ways. My Nikkor 28-70 is undoubtedly a bit nicer than the kit lens the D70 was sold with – indeed it’s described here as “the fastest and best super-compact midrange zoom ever made by Nikon” – and both cameras are discontinued now. Furthermore the lens I use primarily with the Pentax, and wanted to compare, is inherently dissimilar, being an 18-55mm f/3.5-5.6 zoom.

Still I thought it would be interesting if nothing else, so I set both cameras to AUTO mode, both lenses to 50mm and stepped out of my front door to capture the same scene with each this evening. Both cameras were set to store their images in the maximum quality JPEG mode, since that’s what I normally shoot with. And here’s what I got; Pentax first, Nikon second. I have resized the images so that they will fit into the narrow confines of my blog, but they are otherwise untouched (and saved using the same image quality settings from the image editor I used). What was immediately apparent was that the Pentax image was a little sharper, and decidedly higher contrast.

I should stress here though that the following is not exactly a scientific comparison. For one thing having examined the EXIF data from each, they used different shutter speed / aperture combinations. 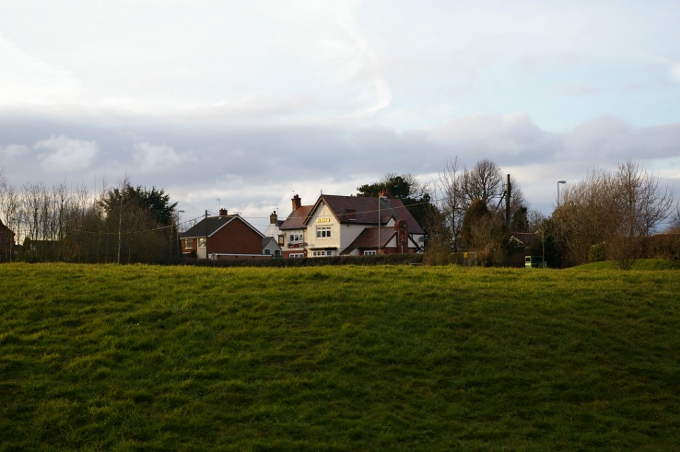 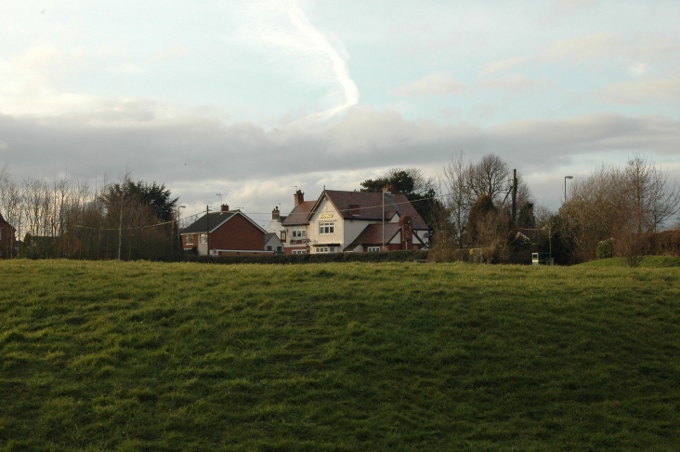 The image sizes are only slightly different – the Nikon comes in at 2300k, the Pentax 2456k – which might indicate that the Pentax converts to JPEG at a slightly higher level of quality, or it might mean that it uses a less efficient algorithm, or possibly that there’s a little more detail being encoded.

The following two images are expanded (again using exactly the same method) from a 120×79 region of the Pentax and Nikon source images, respectively. Again it’s apparent that the Pentax image offers higher contrast and a bit more sharpness, but I don’t think there’s anything to choose between them as far as resolution is concerned. I suspect that the Pentax is doing a little bit of post-processing on-camera. You can of course tweak contrast and sharpness to your heart’s content in an image editor, and I often do. 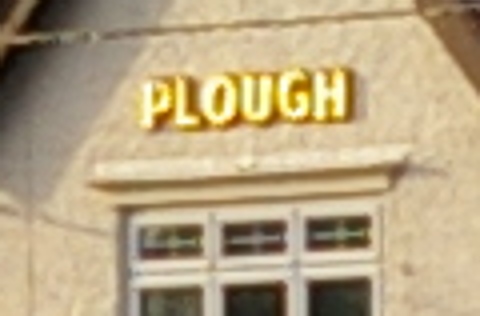 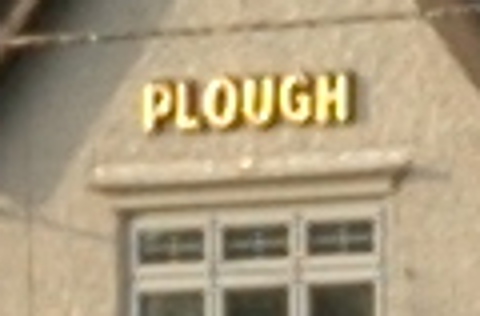 I’ve only taken a few shots with it, none of them in particularly challenging conditions, but so far I’m very happy with the performance of the Nikon with this lens. I think it’s probably fair to say that the K100D Super’s sensor outperforms that of the D70, but at this focal length (and probably over most of their common range) the Nikkor 28-70 has the edge over the Pentax 18-55. However given that the Pentax lens was shooting at f8, open a little wider than the Nikon, it has more than held its own in this modest test.

So in summary – although the Pentax is still my SLR of preference, the Nikon will make a thoroughly acceptable backup.